A flat tax rate system is a type of tax system that uses a single constant marginal rate, which is typically applied to corporate or individual income. A pure flat tax would be proportional in nature, but implementation of a flat tax often happens progressively, or occasionally regressively depending on the various exemptions and deductions found in the tax base.

Here’s a quick overview from our tax service in Des Moines, IA about the effects of a flat tax system and other information you should know.

Advantages of a flat tax

Perhaps the biggest advantage associated with a flat tax system is its simplicity. Having a single tax rate makes it much easier to calculate taxes on the part of the Internal Revenue Service (IRS), and makes payments much more straightforward for taxpayers.

With the flat tax only affecting a single income, the tax is therefore much easier to report and understand. Taxpayers won’t have to worry as much about complying with IRS regulations under such a system.

In addition, a flat tax makes use of territorial taxation, in which the government only taxes income generated within its own borders. This makes it easier to conduct business on an international scale without the kinds of financial restrictors other taxation models can put in place.

Disadvantages of a flat tax

People who argue against a flat tax system often argue it unfairly penalizes low-income individuals and working-class families. These people under such a tax system must still spend money on the same necessities required by their higher-income counterparts, but after all these items have been purchased, poorer taxpayers have less money left to pay their taxes because they earn less money. This means if they’re paying the same rate as higher-income taxpayers, the higher-income payers have an automatic advantage.

Finally, while some might argue flat tax rates would treat corporations and individuals fairly, it would also eliminate a source of revenue for the government—extra tax money earned by high-income earners who pay taxes at a higher rate.

This gives you an idea of what a flat tax system is and the pros and cons associated with it. Obviously, this is not the model we use in the United States, but its principles nonetheless affect a lot of tax legislation passed here. For more information, contact a tax service in Des Moines, IA.

Let us know any questions or concerns you have, we are here for you. 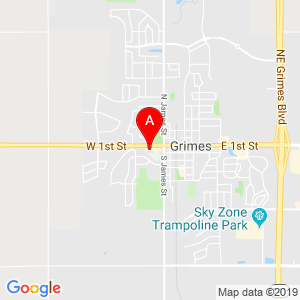